Cable television, broadcast television and radio have become increasingly crucial to the Church as evangelical tools. All efforts by the Diocese to utilize the electronic media are coordinated by the Secretariat for Communications. Offers for television or radio appearances are welcome and encouraged. This Secretariat attempts to evangelize and inform through the use of broadcast media. This is accomplished through:

In addition, staff of this office will assist parishes in their efforts to utilize local media. Contact Renee Shimmel, Director of Communications.

The U.S. Catholic Conference's Office for Film and Broadcasting evaluates films and videos according to artistic merit and moral suitability. The reviews include the USCC rating, the Motion Picture Association of America rating, and a brief synopsis of the movie.

The reviews can be heard by calling 1-800-311-4CCC. The movie review line is updated each Friday and includes information about six theater releases and a Family Video of the Week.

The classifications are as follows:

A-I -- general patronage;
A-II -- adults and adolescents;
A-III -- adults;
A-IV -- adults, with reservations (an A-IV classification designates problematic films that, while not morally offensive in themselves, require caution and some analysis and explanation as a safeguard against wrong interpretations and false conclusions);
O -- morally offensive.

Relevant RadioMore information regarding the services provided by the U.S. Catholic Conference and the Catholic Communications Campaign and links to their respective websites may be found in the Secretariat for Communications Resources section.

Please find information about Relevant Radio "Bringing Christ to the world through the media" at RelevantRadio.com. 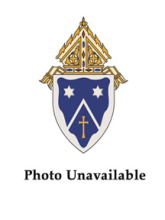