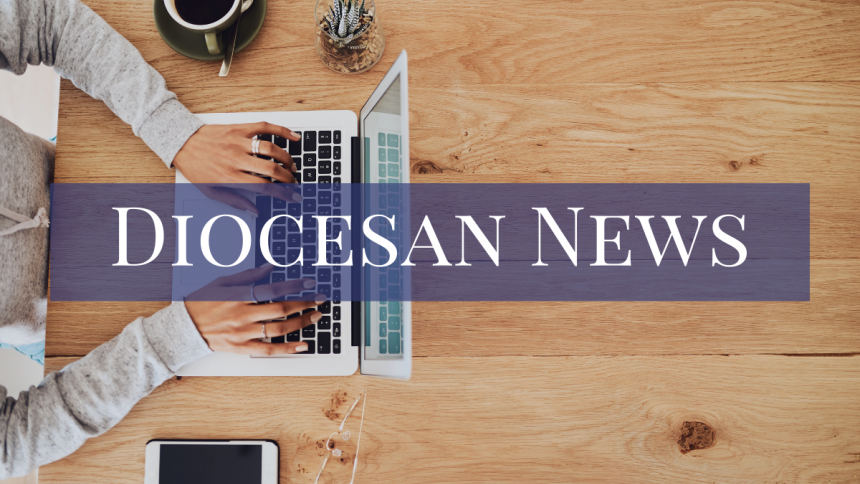 The Diocese of Gaylord’s Office of Communications shares the following update regarding the investigation of Rev. Bryan Medlin:

In late 2021, the Diocese of Gaylord became aware of electronic messages sent by Father Bryan Medlin to a small number of high school students that appeared to violate diocesan policies and protocols. The diocese immediately referred its concerns to the Michigan Department of Attorney General (AG) and the Michigan State Police (MSP), which launched an investigation. Father Medlin stepped aside from all ministerial activities and was placed on administrative leave during the civil investigation.

In March 2022, the AG notified the diocese they would not be pursuing criminal charges against Father Medlin. With the conclusion of the AG’s investigation, the diocese began its own investigative process to determine further action. Within the Catholic Church this is called the canonical process, separate and distinct from the civil law’s criminal process. During this internal canonical investigation, which included consultation with the Diocesan Review Board, Father Medlin remained on administrative leave and did not engage in any ministerial activity.

The diocese has now concluded its internal, canonical review. After this detailed investigation, Father Medlin was found to have violated the diocesan Safe Environment Policy, including its standards of conduct as set out in the Protocols for Ministry to Minors. As a result, Father Medlin will remain indefinitely on administrative leave with ongoing monitoring by the diocese, and he is prohibited from public ministry and presenting himself as a priest. In addition, there will be ongoing consideration of further canonical proceedings.

The Most Reverend Jeffrey J. Walsh, bishop of Gaylord, states:

“To keep children and the most vulnerable within our care safe, the diocese has wide-ranging protocols that must be followed by all those serving in any ministerial capacity. These standards of conduct are straightforward regarding what constitutes inappropriate behavior by an adult to a minor and what requirements are in place for an adult to interact with a minor(s) via electronic means. In this matter involving Father Medlin, it is evident that the electronic messages Father Medlin sent to high school students clearly violate diocesan policy. The content of these messages is deeply disturbing and offensive, and in no way reflects our Catholic beliefs and values.

“The safety of those we serve is at the very core of what we do as servants of Christ, and it is our duty to ensure that misconduct is handled swiftly and appropriately. We are grateful to the students and teacher who brought this complaint forward so it could be addressed, and to school administrators and other pastoral staff who handled the complaint with quick action and professionalism. The diocese also extends its gratitude to the Michigan Department of Attorney General and the Michigan State Police for their civil investigation, and to the many who assisted with the internal church investigation over these past few months. We will continue to do everything possible to keep our young people safe and provide pastoral support to those who have been harmed.”

The Diocese of Gaylord encourages that any allegation of inappropriate conduct, harassment or abuse by someone in the Church be reported to the Michigan Department of Attorney General at 844-324-3374 or to local law enforcement. Reports are also encouraged to be made to Church authorities by contacting the diocesan Victim Assistance Coordinator, Larry LaCross at 989-705-9010.