A Reflection on the 20th Anniversary of 9/11 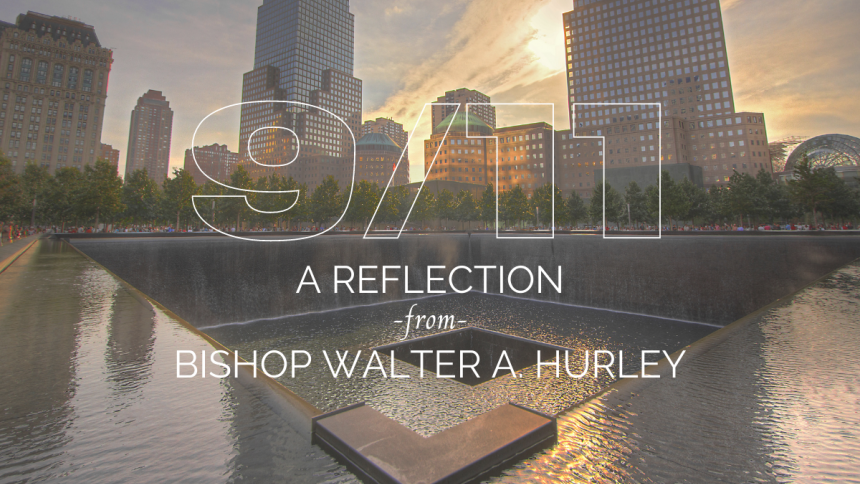 In reflecting on the 20th anniversary of September 11, 2001, Bishop Walter A. Hurley, Apostolic Administrator of the Diocese of Gaylord, issued the following statement:

“The tragedy of September 11, 2001, reminds us that life is precious and fragile, and that freedom comes at a high cost. This day marks the single largest loss of life resulting from a foreign attack on American soil. The acts of terrorism are forever engrained in our memories; we witnessed inexplicable evil — a disturbing mission unfolded before us, in real time, seeking to snuff out freedom, hope, and life itself.

“On this significant anniversary, we remember and honor the nearly 3,000 people who lost their lives that day. We continue to pray for and mourn alongside the thousands who, to this day, grieve the loss of a father, mother, son, daughter, other family member or friend.

“As we reflect on the powerful stories of those who courageously came to the aid of others, that day and in the weeks to follow, we are reminded that beauty rises from the ashes of tragedy. We remain forever grateful to all who served and to those who made the ultimate sacrifice, giving their very life to preserve that which we hold most dear.

“In response to the attacks on our nation, Pope John Paul II shared the following on September 12, 2001:

Yesterday was a dark day in the history of humanity, a terrible affront to human dignity. After receiving the news, I followed with intense concern the developing situation, with heartfelt prayers to the Lord. How is it possible to commit acts of such savage cruelty? The human heart has depths from which schemes of unheard-of ferocity sometimes emerge, capable of destroying in a moment the normal daily life of a people. But faith comes to our aid at these times when words seem to fail. Christ's word is the only one that can give a response to the questions which trouble our spirit. Even if the forces of darkness appear to prevail, those who believe in God know that evil and death do not have the final say. Christian hope is based on this truth; at this time our prayerful trust draws strength from it.[1]

“Even now, on this 20th anniversary, these powerful words fill us with strength and hope. May we come together, once again, with a unified prayer for our nation. We pray for renewed resolve to stand united in the face of evil, for the courage to run to the aid of those in need, and in thanksgiving to the Lord for remaining with us always, even in our darkest hours.”