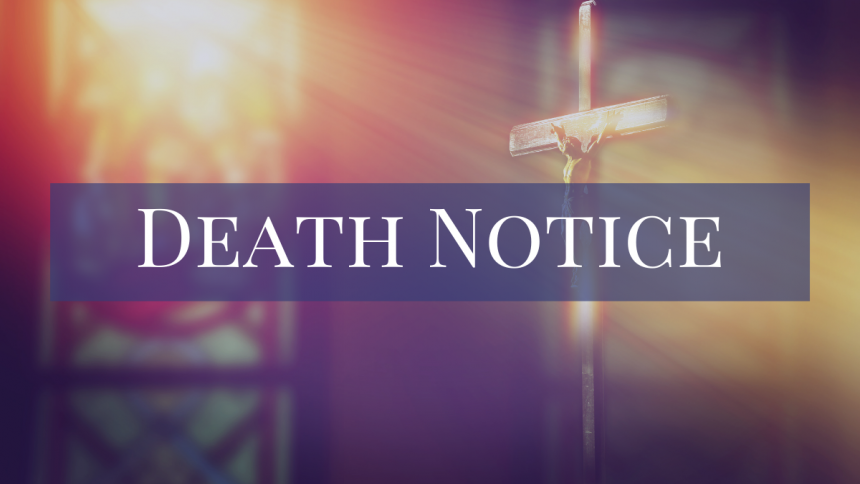 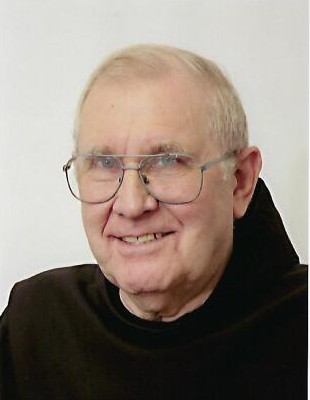 Jim was born to Walter and Helen (née Yanda) Krasman on April 27, 1934 in Detroit, Michigan and baptized on July 1, 1934 at St. Clare of Montefalco Parish, Grosse Point, Michigan. Jim attended Corpus Christi and Our Lady, Queen of Apostles grade schools, completing his grade school education in 1948. After graduating from St. Mary’s High School at Orchard Lake, Michigan in 1952, he was unsure as to what to do next. He thought about priesthood but opted to remain home securing an assembly-line job at Packard Motor Company. Life was good but something was missing. After some prayer and research, Jim contacted Fr. Rembert Badarzynski, vocation director for the Polish Franciscans of Pulaski, Wisconsin.

Liking what he heard and seeing the possibilities that awaited those who want to serve the Lord, Jim entered the novitiate at Queen of Peace Monastery, Lake Geneva, Wisconsin on August 14, 1953 and received the name, Solanus. Upon completing his novitiate and making first profession on August 15, 1954, he moved to St. Francis Monastery & College, Burlington, WI where he began priestly studies.  After two years, he decided to discontinue studies and embrace Franciscan life as a religious Brother. Leaving the clericate at Burlington, Solanus was assigned to the ABVM Monastery, Pulaski, WI to work in the ministry of the Word at Franciscan Publishers, the province’s printery. There he would learn the art of linotyping, preparing whatever manuscript was given for publication. When the month of August arrived, he was on his way back to the novitiate to experience it from the Brother’s perspective.

After his “second tour” of Franciscan life as a novice, Solanus returned to Pulaski where he was assigned to the printery in the Linotype department. During his time in Pulaski, an addition was added to the original printery structure which was built in the mid-1940’s. Most of the lay brothers were directly involved with the construction of the addition, working alongside professional electricians, plumbers and stonemasons. Before he knew it, the time for his solemn profession of vows was nigh. On August 15, 1960, he made that commitment at St. Francis Monastery Chapel, Burlington, WI.

In 1963, Fr. Remigius Steczkowski, Minister Provincial of the ABVM Province, asked Solanus to serve at the General Curia of the Franciscan Order in Rome, Italy. In 1967, after spending four years serving in the General Curia, he returned to the United States. But he sensed a change within himself. He was, once again, assigned to Pulaski and worked in the linotype department while discerning what was stirring in his heart.

In 1975 Jim (he returned to his baptismal name) spent time at the House of Prayer, Cedar Lake, IN where he sought the guidance of Fr. Dacian Bluma, former Provincial Minister of the ABVM Province. With the support of friends and friars, Jim approached Fr. William Gulas, Provincial Minister of the ABVM Province, and requested permission to pursue studies for the priesthood. His request was honored and he completed his undergraduate studies in philosophy at Loyola University (1982-85). He entered Sacred Heart School of Theology, Hales Corners, WI and was ordained to the priesthood on June 6, 1986 at St. Thomas Aquinas Parish, Saginaw, MI by Bishop Kenneth Untener, and Bishop of the Diocese of Saginaw.

Jim’s first assignment was a chaplain at St. Mary’s Hospital, Livonia, MI. The following year, 1987, he accepted the same responsibility at St. Joseph Hospital, Detroit, MI. After eight years and a short sabbatical, Jim continued his ministry but in a parochial setting in the Saginaw Diocese. In 1995, Jim was asked to care for two small parishes: St. Mary’s Parish in Parisville and St. Anthony’s Parish, Helena MI. However, after three years, Jim was facing a health issue. Unfortunately, earlier back surgery did not fully alleviate a serious problem. Handling these two parishes eventually grew too difficult to sustain.

In 1998, Jim was offered a smaller, more health-friendly parish, St. James, Whittemore, MI. It was a good place as a last assignment.  The nine years here were his last in active ministry. In 2007, Jim moved to Queen of Peace Friary, Burlington, WI and retired. This wasn’t easy to accept and, at age 64, Jim was not happy. In his mind he was still at a working age and angry that he was unable to do so. Though his body was slowly quitting, his spirit was alive and well. In his younger days, Jim was somewhat of a firebrand. When he deemed issues, situations or circumstances unjust or inappropriate, he was not one to keep quiet. He acted on what he believed true and just. At times, he was a crusader and “in-your-face” especially when it came to observing liturgical norms and responding to matters of Social justice. He was not one to sit back and ignore what needed to be corrected or addressed. In his later years, the flames became a flicker, but the embers still burned hot.

He was welcomed to his new home but as the next 23 years wore on, there is little doubt that Jim had a difficult time seeing and living through two decades of retirement.

It was only a few short weeks ago that his back started causing much pain and discomfort and the need for around-the-clock care was becoming more evident. After several hospital visits, Jim found himself at the Milwaukee Catholic Home.  There, Sister Death called him home on Monday, August 23, 2021.

May he and all the faithful departed rest in peace.

Much of this Obituary was taken from Sandalprints, published by Jerry Tokarz, OFM