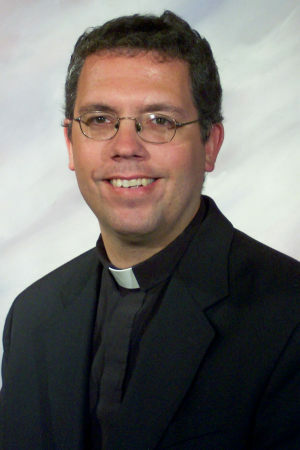 Twice in todays gospel, Luke records Jesus saying, But I tell you, if you do not repent, you will all perish as they did. They are some very unfortunate fellows who died horrific deaths -- and in one case, a meaningless death -- to make a point. So what is Jesus point? That a sudden death could be our fate if we fail to repent and side with God? It is that God has infinite patience and such a desire for souls that once we are awakened to the sorrow we have caused ourselves, others and ultimately our relationship with our Lord through sin, we need to repent. This weeks Lenten readings direct the faithful not to wait another moment, but to shed the clothes of the prodigal child and allow ourselves to be clothed once more in the splendid white ropes of Baptism.

Our first reading is a theophany taken from Exodus of a well known encounter of Moses with God in the burning bush. Moses has fled the comforts as a one time prince of Egypt as is now a mere shepherd with a wife in a nomadic community. His encounter with God will be a life changing vocation from a shepherd to a leader of a nation. His encounter is sudden and unexpected, but nevertheless it captures Moses attention and draws us along after him to the burning bush. Similarly as we are transformed in Baptism, Moses sheds the image of a shepherd and takes up the staff of a leader. His unsuccessful attempts and excuses to remain just a shepherd have sided him with God. Moses will now live up to his fullest potential. His being spared from death and being raised as a prince of Egypt are all understood as part of Gods plan and purpose.

Lent is a good time to ask ourselves, am I living up to my fullest potential or am I downplaying the gifts and purpose I am called to in life?

In the second reading, St. Paul shares with the early Christian community of Corinth that the ancient children of Israel who followed Moses failed to repent and side with God. They were the ones who saw Gods power and majesty take down a Pharaoh and his army. They ate manna and drank the water that flowed from the rock. Arrogance and complacency blinded them to the reality of the grace they too had received as well as their own need for repentance and growth.

The sins of old still plague Gods people of today who rebel against his right to lead our lives and side with him. There is a sin of presumption by the people of Corinth that their salvation is all wrapped up and assured. As Jesus related to his listeners in John 6, their ancestors ate manna in the dessert and died. Just like the people of Corinth, unless we recognize God and are drawn into a mature relationship, we can expect an eternal death.

Today the parable of the fig tree in our Sacred Scriptures reminds us that God patiently waits for us along the roadside, waiting for His son or daughter to return to His open arms. He gives us plenty of room to go it alone. For some, it is almost a lifetime before the wasted years of running after smoke and phantoms is realized. It is true that if we side with God to fulfill our vocation like Moses and St. Paul, we will face many challenges -- but it will also bear much fruit of peace and consolation.