What is your destiny? 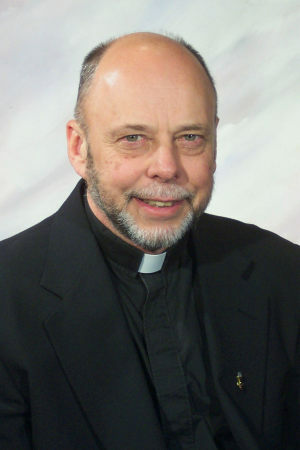 In his gospel, St. Luke persistently points Jesus to Jerusalem as the realization of his mission from the Father. Jerusalem has such rich connotations and meanings for the Jewish consciousness as it did, I am sure, for Jesus. The awareness that it would be an end of his life surely played in the perimeters of His consciousness.  We hear his fears and the prophetic sense giving expression to his upcoming death there. Jerusalem was his destiny!

The journey of Jesus into Jerusalem on Palm Sunday presents us with a very contradictory situation in the context of Holy Week. One day Jesus is being hailed with waving palms signaling the day we greet the Jesus who comes in the name of the Lord as Messiah, Savior, and King into our lives.  Historically, he was honored as he entered the sacred city and shortly thereafter he is on trial and condemned to death? It is so mind boggling that such a large crowd could assemble to wave palms of respect and reverence before him and a few days later, a more vicious crowd advocates that he be punished and even executed.

Jesus seemed to anticipate these circumstances and appeared to desire to bring some clarity to his entry into Jerusalem by doing so on a donkey. He was trying to diffuse the common belief that the Messiahs first job was to run the Romans out of Palestine. A military Messiah would have entered the Jewish capital on a horse, not a donkey.

Our first reading from the suffering servant songs of Isaiah this Sunday helps to give some focus to this journey of Jesus. They are poetic productions of great intensity. They speak of a unique Israelite, completely consecrated to Gods will who, though innocent, is called to suffer. Isaiah writes of this person, I have set my face like flint.

The third of the four suffering songs of Isaiah speaks of Jesus determination to reach his destiny.  A sign of manhood in the Mediterranean culture of Jesus day was the ability to bear physical punishment and pain without flinching.  Hebrew wisdom literature, especially Proverbs and Sirach, were the Dr. Spocks of their day. They encouraged fathers to punish their sons physically less they become stubborn and disobey you. (Sirach 30:12)

Isaiah describes the obedient servant who suffers undeservedly and in silence like a lamb led to slaughter; he did not open his mouth. Psalm 22 resonates with this idea. The servant who suffers innocently, yet obediently, to Gods designs served as a model for adult male behavior. Jesus imitated these biblical heroes in his life. His journey into Jerusalem was his way of embracing those expectations of him.

What does it mean for us as His followers? Our Jerusalem is the mission that God calls each of us to live out. We may feel our vocations do not have the same significance the Holy City had for the Jews, but they are sacred in light of the Divine influence on the cosmic space in which we are placed.  So, from that perspective our mission (vocation) is not unlike Jesus journey to Jerusalem. We too experience the difficulties in our vocational journeys.

Our wedding days, ordination days, birthdays and other days of personal recognition represent for us the palm waving.

But Gods love for us demands an act of love that goes beyond the Palm Sundays of our lives. There is not one vocation that does not exact a similar kind of sacrifice Jesus faced which can oftentimes become excruciating. We are unlikely to face such a similar realization of Divine direction, but none of us could have accomplished what Jesus was sent to do.

So, our vocations are our journey to Jerusalem, our personal divine commissions! In that context, the meaning of our own vocational journeys takes on a similar magnitude that Jerusalem had for Jesus. That understanding needs to impact our consciousness so we can appreciate how our own vocational calls attach us more deeply to Jesus entrance to Jerusalem and his crucifixion.  They become our destiny!