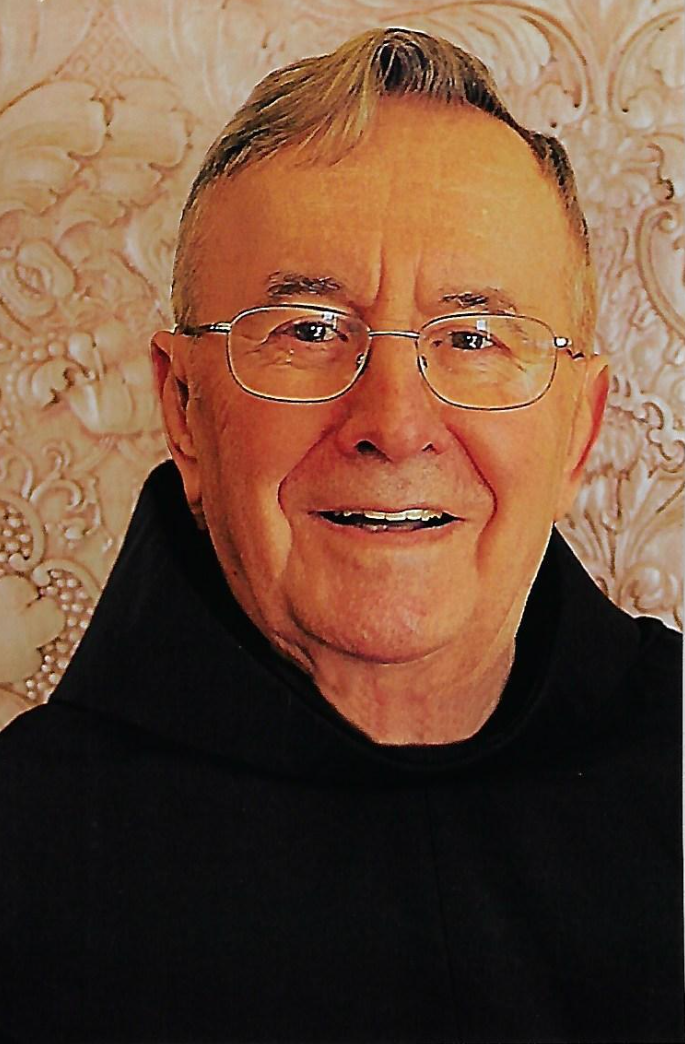 Reverend Harry Speckman, O.F.M. entered into eternal life on January 2, 2021. Fr. Speckman served as pastor of Cross in the Woods in Indian River, sacramental minister at St. Anthony of Padua in Mackinaw City and president of Baraga Broadcasting before retiring to the Blessed Giles Friary in Manitowoc, WI.

Fr. Speckman's full obituary and funeral arrangements can be found below; please remember him and his family in your prayers.

Fr. Harry Speckman, O.F.M., a Franciscan friar of the Sacred Heart Province, died, due to complications from COVID-19, on January 2, 2021, at St. Mary’s Home in the Felician Village, in Manitowoc, WI, at the age of 90. He was born a twin on April 9, 1930, to William and Margaret (Martin) Speckman. He was given the name William Ronald and was known as Ronald by his family and friends. He was baptized on July 20, 1930, at St. John the Baptist Church in Joliet, IL.

His grade school education was completed at St. John the Baptist School in Joliet, IL. He graduated from Joliet Catholic High School in 1948 and attended St. Mary’s College in Winona, MN. Following college, he enlisted in the United States Army and served in the Korean War. Upon returning home, he discerned a vocation to Franciscan life and was received as a novice in Teutopolis, IL, on July 4, 1955, and was given the religious name “Harry.” He professed his first vows on July 5, 1956, and continued his studies in philosophy in Cleveland, OH. He made his solemn profession as a Franciscan on July 5, 1959, and after completing his studies in theology, he was ordained to the priesthood by Bishop Henry A. Pinger, OFM, on June 13, 1961. 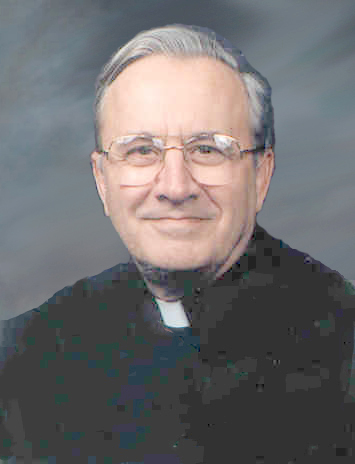 In the early years of his priesthood, Fr. Harry served as an associate pastor in St. Paul, MN, as a member of the retreat staff in Waverly, NE, and then moved into formation ministry for the younger friars. He served at Our Lady of Angels Seminary in Quincy, IL, as the Dean of Apostolic Formation, and also as the Guardian and Master of Formation at St. Joseph Friary (Catholic Theological Union) in Chicago. At the Provincial Chapter of 1978, Fr. Harry was elected Vicar Provincial and moved to St. Louis, MO. He served in this capacity for nine years. Upon leaving administration, Fr. Harry moved to Quincy, IL, and became the Director of Radio Station WQUB-FM and was Executive Vice President of Quincy University. His last assignment before retiring was as pastor of Cross in the Woods Shrine in Indian River, MI. Leaving the pastorate, he remained as a senior associate and was also President of Baraga Broadcasting, a Catholic Radio Station in Northern Michigan. He retired to Blessed Giles Friary in 2014. In the summer of 2019, he moved to St. Mary’s Nursing Home in the Felician Village.

Fr. Harry was preceded in death by his parents, William and Margaret Speckman, and his twin brother, Donald, who died at birth. He is survived by his Franciscan brothers, his brother, Raymond, and wife, Judy, of Joliet, IL; his three nephews and their wives: William and Karen of Romeoville, IL, Daniel and Kelly of Streamwood, IL, Ronald and Kathleen of Manhattan, IL, his nine grand-nieces and grand-nephews, as well as his many friends throughout the country.

The friars would like to express their appreciation to Fr. Harry’s caregivers: those at Blessed Giles Friary and St. Mary’s Home.

The friars will celebrate a private Mass of Resurrection on Saturday, January 9, 2021. Following the Mass, Fr. Harry will be buried in the friars’ plot at Calvary Cemetery in Manitowoc, WI.

In your kindness, please consider making a donation in memory of Fr. Harry Speckman, OFM, for the continued care of our retired Franciscan brothers and priests. Any donation would be greatly appreciated. Please send your charitable contribution to Blessed Giles Friary, 1820 Grand Avenue, Manitowoc, WI 54220. May God bless you.

The Pfeffer Funeral Home, Manitowoc, is assisting the family with funeral arrangements.

Provide comfort for the family by planting a tree in memory of Father Harry Speckman, OFM, please visit our Heartfelt Sympathies Store.