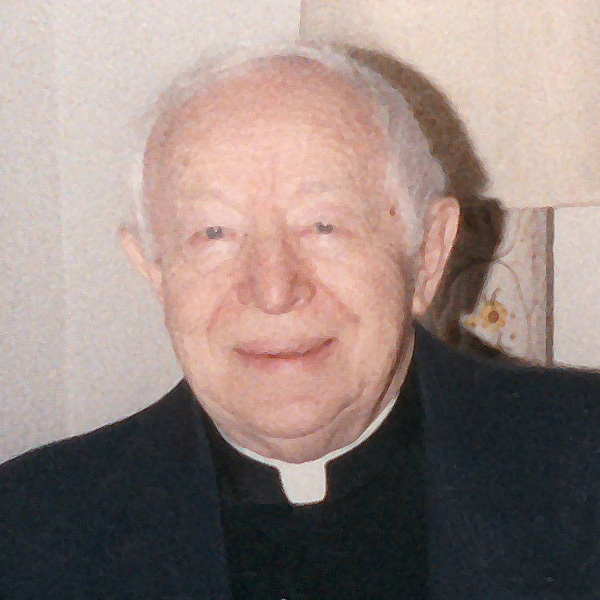 Reverend Walter Marek, 92, passed away peacefully at home in Traverse City on November 10, 2010.

Fr. Walter was born September 29, 1918 in Prague, Czechoslovakia, the only son of Karl Bedrich and Marie (Weihrauch) Marek. He attended grade school in Horní Jelení in Czechoslovakia and at the age of nine he began violin lessons. At the age of eleven he was accepted in the Prague Archdiocesan Gymnasium which was a classical school, attending school there for the next eight years. In 1937 he graduated from Gymnasium and entered the Seminary in Hradic Kralove.

Fr. Walter was ordained to the priesthood in 1946 after the ending of World War II. He had waited four years to become a priest because in 1942 he was denied permission by the German authorities since he was not Aryan. (One of his grandmothers was Jewish.)

Following his ordination he became the Assistant Pastor in Litomysl. His duties were only Spiritualibus because the priest who was stationed there was a German and didnt speak the Czech language. Fr. Walter gave the homilies every Sunday and heard confessions for him. Subsequently he was named Administrator of two other parishes, one in Litterbach and the other in Trstenice in addition to his ministry in Litomysl. He would visit his parishes three times each week  once on Sunday and twice during the week  and also taught religion at both local schools.

In 1948 the Communists took over the government in the Czech Republic,thus beginning the next phase of Fr. Walter's life which he referred to as "Resistance and Dissidence." Fathers activities were not unknown to the Communist Party and eventually, while walking to the bus stop, he was arrested. The authorities took him home to inspect his room, library, sermons and class notes and then instructed him to pack his belongings. While he pretended to pack, Fr. Walter  managed to escape and sought help from the people in the village. With their assistance, he eventually made his way to Prague where friends helped him escape to Germany after six weeks in hiding (during which time his mother passed away).

Fr. Walter lived in a German camp for the next two years.

In 1951 Father came to the United States at the invitation of the Most Reverend Francis Haas, Bishop of Grand Rapids, Michigan. He served as Assistant Pastor for the parishes of Sacred Heart in Muskegon, Immaculate Conception in Traverse City, St. Simon in Ludington and St. Rose in Hastings. In 1963 he became Administrator for St. Mary of the Woods in Lakewood and Chaplain for Mercy Hospital in Muskegon. In 1969 he was appointed Administrator for St. Ann Parish in Frankfort until he became Pastor for Holy Family Parish in Klacking Creek in 1973.  He retired in 1979. 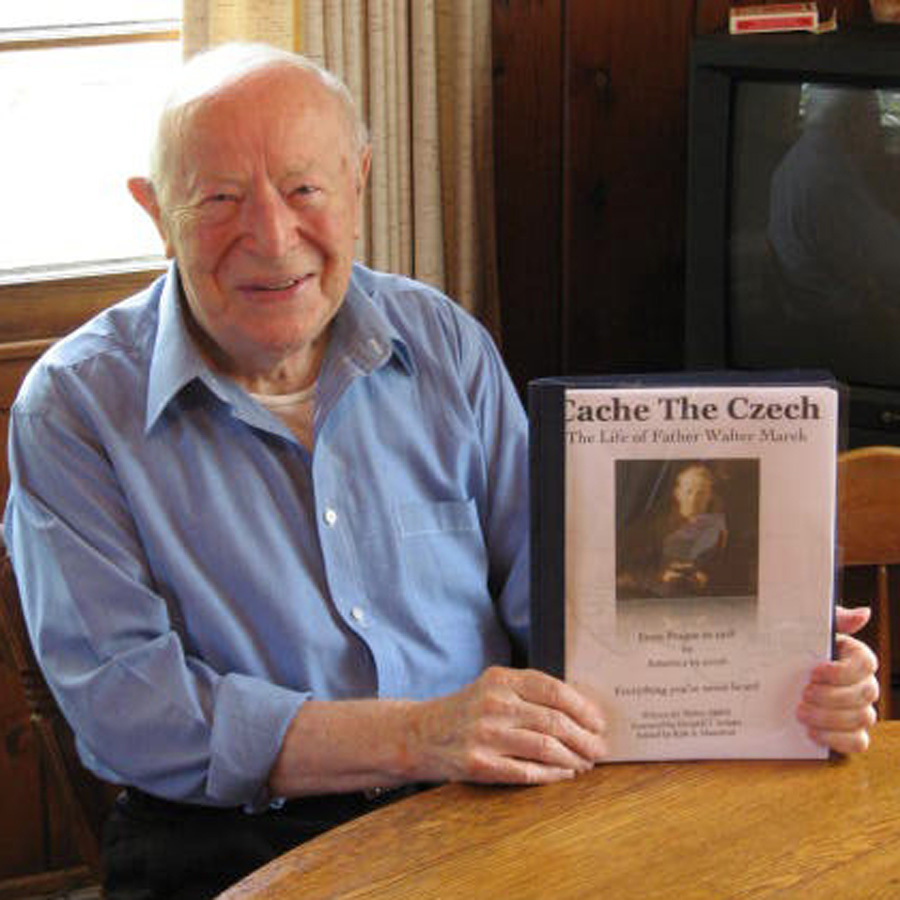 In 1966 Fr. Walter helped to start the Blue Lake Fine Arts Camp in Muskegon. In 1996 he started a Music Camp in the Czech Republic.

Fr. Walter wrote and published two books about his extraordinary life, Cache the Czech  Books I and II. Both are available in the Rose Resource Center at the Diocese.  He was in the process of writing a third book at time of his death. He will be greatly missed.

Bishop Bernard Hebda celebrated the Mass of Christian Burial on November 12 at Immaculate Conception Parish in Traverse City.  He will be buried near family at St. Mary Cemetery in Turnov in the Czech Republic.

Please join in prayer for the repose of his soul.

May the Angels lead you into Paradise.
May the Martyrs come to welcome you
and take you to the Holy City,
the new and eternal Jerusalem.